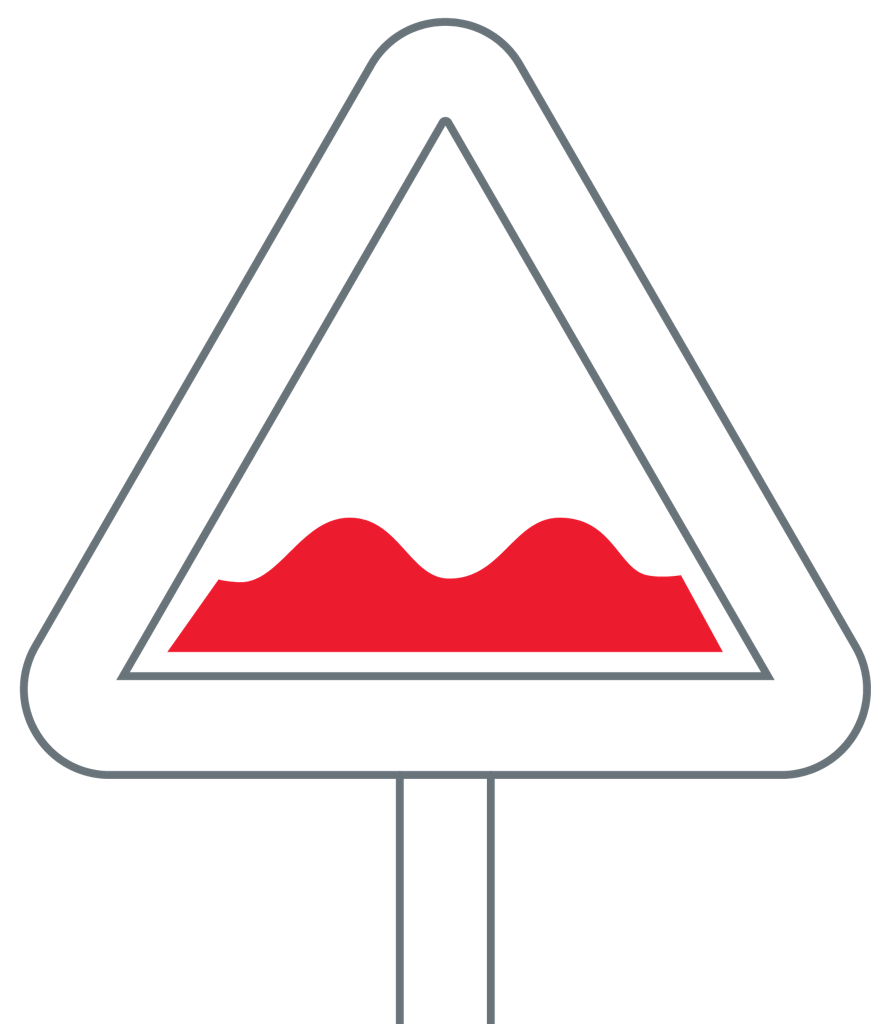 Heightened market volatility episodes have become more frequent in recent years. Whether it is related to uncertainty over the COVID-19 recovery, China’s property market woes, the US Fed tightening or the Russia-Ukraine crisis, these episodes generally occur without much warning and can trigger several fast and deep corrections.

Investing and staying invested in such volatile markets can be challenging for both new and seasoned investors. With a low volatility strategy, investors can better navigate market swings and limit the downside in their portfolios.

Merits of a low volatility strategy 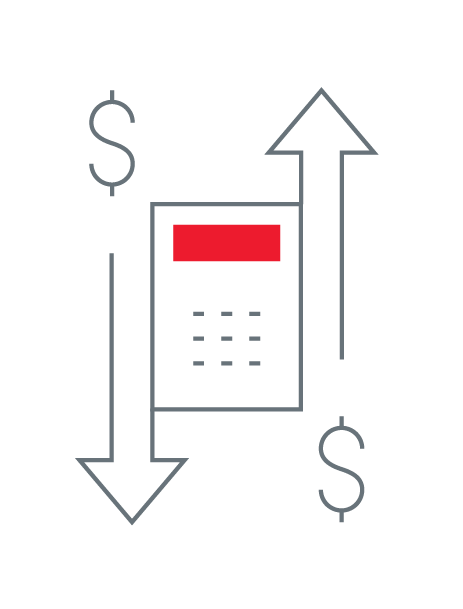 A low volatility strategy helps to minimise the losses by falling less than the market during turbulent times. This helps investors stay invested, reduce their risk of exiting the market just before a recovery, and missing the market’s best days. 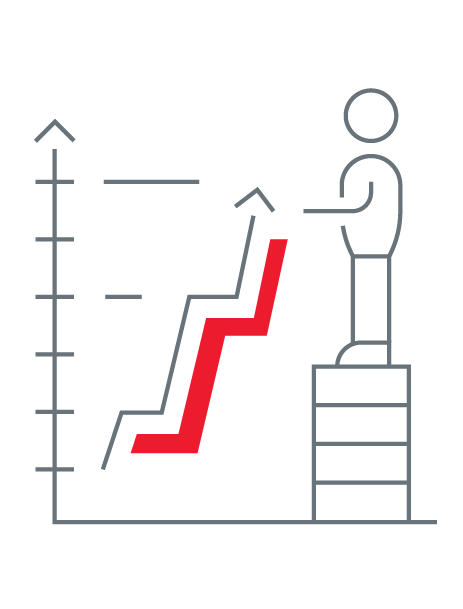 Gains more from
a faster recovery

A low volatility strategy typically recovers faster from market selloffs as it needs to rise by a smaller magnitude to return to the previous starting level. This effect compounds over time and a low volatility portfolio could accumulate more wealth over the long term. 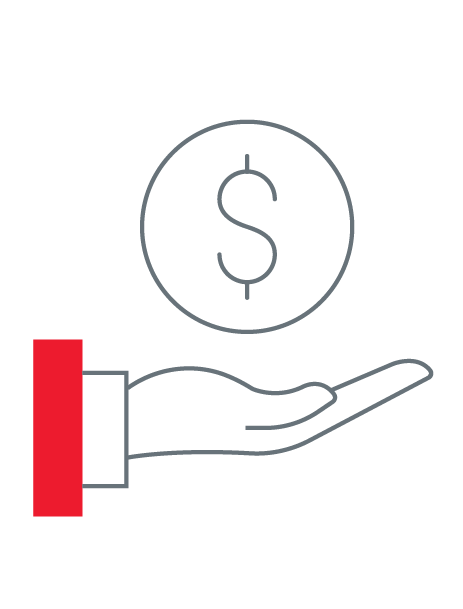 Investors who prefer broader equity exposures and wish to remain fully invested in equities even during periods of elevated volatility can consider complementing their portfolios with a low volatility strategy to achieve higher risk-adjusted returns.

Volatility will continue to be a natural part of the global financial markets’ landscape. At the same time, market volatility can be a good time to take advantage of emerging investment opportunities. While the benefits of low vol strategies are evident, relying on a single factor approach i.e., low volatility, may not be always effective in achieving the lower drawdowns yet broader market participation that many investors desire. This is why low volatility funds that consider a large universe of stocks rather than only focusing on stocks with low vol characteristics are more effective.

Buffers against inflation given its historical distribution payout* of 3.5-4.0% p.a.

Differentiates by minimising volatility at the portfolio level, not at stock level

* Please visit www.eastspring.com.hk to view the disclosures on the distribution payout. Distributions are not guaranteed and may be paid out of distributed income, capital or both.

Our key differentiator is that we look at a broad universe of stocks rather than focus on stocks with low volatility qualities. Our process thus achieves a well-diversified and low volatility portfolio, not a portfolio of low volatility stocks.

Start with a broad universe

Exclude stocks with poor fundamental qualities such as valuation, momentum, quality etc. that are likely to underperform in the near term.

Optimise the portfolio for low volatility within sector and country constraints to produce a well-diversified portfolio.

Monitor the portfolio daily and conduct rebalancing monthly or as and when needed while taking transaction costs into account.

Start with a broad universe

Exclude stocks with poor fundamental characteristics such as valuation, momentum, quality etc. that are likely to underperform in the near term.

Optimise the portfolio for low volatility, within sector and country constraints to produce a well diversified portfolio.

Monitor the portfolio daily and conduct rebalancing monthly or as and when needed while taking transaction costs into account. Find out how our Quantitative Strategies team leverages technology and data to identify and exploit market inefficiencies caused by market volatility and behavioural biases. Keep abreast of developments with insights from our investment experts. 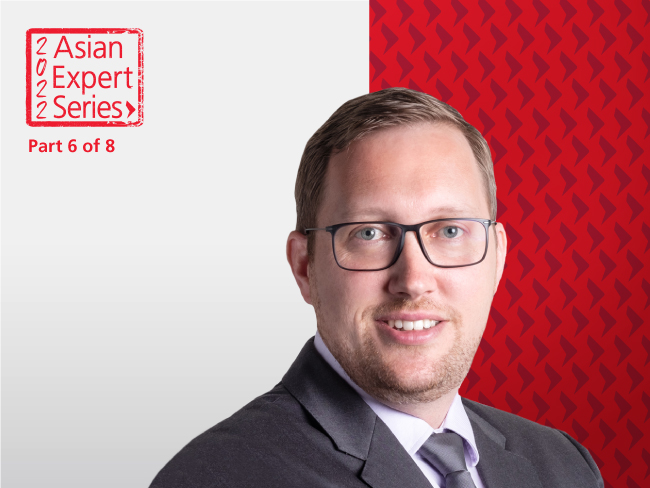 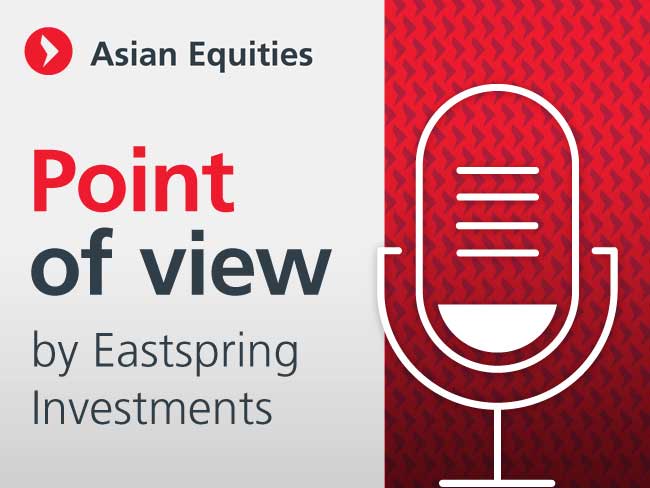 Using a quant approach to invest in Asian equities

1 Asia Bond Monitor Summer Issue released in 2010 and 2020 by the Asian Development Bank. Data as of March.
2 J.P. Morgan, as of March 2020. Asian USD bond market size is represented by the market value of J.P. Morgan Asia Credit Index.

All data are from Eastspring Investments (Singapore) Limited. The Fund is a sub-fund of the Eastspring Investments (the “SICAV”), an open-ended investment company with variable capital (société d'investissement à capital variable) registered in the Grand Duchy of Luxembourg on the official list of collective investment undertakings pursuant to part I of the Luxembourg law of 17 December 2010 relating to undertakings for collective investment (the “2010 Law”) and the Directive 2009/65/EC of the European Parliament and of the Council of 13 July 2009 (the “UCITS Directive”). The SICAV has appointed Eastspring Investments (Hong Kong) Limited (”Eastspring Investments Hong Kong”) as its Hong Kong Representative. This information is not an offer or solicitation of an offer for the purchase of investment units in the Fund. An offering document in relation to the Fund is available and may be obtained through Eastspring Investments Hong Kong or any of its appointed distributors. All applications for units in the Fund must be made on the application forms accompanying the offering document. Potential investors should read the offering document (including the risk factors stated therein in details and the risk factors in particular those associated with investments in emerging markets, if applicable) before deciding whether to subscribe for or purchase units in the Fund. An investment in units of the Fund is subject to investment risks, including the possible loss of the principal amount invested. Past performance is not necessarily a guide to the future or likely performance of the Fund. The value of the units in the Fund and any income accruing to the units, if any, may fall or rise. US/HK dollar-based investors are exposed to currency fluctuations where the Fund is denominated in currencies other than US/HK dollar. The information contained herein does not have any regard to the specific investment objective(s), financial situation or the particular needs of any person. Potential investors may wish to seek advice from a financial adviser before purchasing units in the Fund. In the event that potential investors choose not to seek advice from a financial adviser, they should consider whether the Fund is a suitable investment for them. Eastspring Investments Hong Kong is an ultimately wholly owned subsidiary of Prudential plc of the United Kingdom. Eastspring Investments Hong Kong and Prudential plc are not affiliated in any manner with Prudential Financial, Inc., a company whose principal place of business is in the United States of America or with the Prudential Assurance Company, a subsidiary of M&G plc, a company incorporated in the United Kingdom. The above materials and information on our website (eastspring.com.hk) have not been reviewed by the SFC. Issued by Eastspring Investments (Hong Kong) Limited.

Danny Tan joined Eastspring Investments, the Asian asset management business of Prudential plc, in February 2004. Danny is a Portfolio Manager of the Fixed Income team and is responsible for managing and overseeing portfolios of our insurance clients, as well as credit-focused portfolios. Danny is a CFA charterholder and holds a Bachelor of Business degree in Financial Analysis (Hons) from Nanyang Technological University, Singapore.

Chris Hughes is the Portfolio Manager for our Low Volatility strategies. He participates in designing and implementing systematic equity funds, heading up the team’s portfolio management effort. He also undertakes research and development of systematic investment strategies.

Chris has more than 16 years of investment experience and holds a PhD in Biochemistry and a BSc. (Honours) from Imperial College of Science Technology and Medicine and a MSc. (Distinction) from Kings College in England. He is also a CFA charterholder.

Jie Lu is the Portfolio Manager for our Low Volatility strategies. He is responsible for research and development of quantitative strategies and funds and heads up the team’s research effort.

Jie has more than 15 years of investment experience and holds a PhD in Physics from the Massachusetts Institute of Technology (MIT) and a Financial Technology Option from the MIT Sloan School of Management in the USA. He also holds a MSc and a BSc in Physics from Tsinghua University in China. He is also a CFA charterholder.

Rong Ren Goh joined Eastspring Investments in January 2016 as a Portfolio Manager in the Fixed Income team and is responsible for the management of Global, Japan and selective Asian local currency fixed Income funds. Rong Ren has 12 years of investment experience and holds a Bachelor of Science (Hons) Economics from London School of Economics.